At the beginning of the 20th century, during the excavation of the palace of Knossos, the British archaeologist Arthur Evans found a large number of archival documents written in three different scripts. In his book Scripta Minoa I (Oxford 1909) he called these scripts “Cretan Hieroglyphic”, “Linear A”, and “Linear B”, where the term linear alluded to the stylized and cursive shape of the signs compared to the more decorative and calligraphic form of the Cretan Hieroglyphics. Subsequently, Linear B texts were brought to light also in various palatial sites of mainland Greece, including Pylos and Mycenae.

The decipherment of Linear B, which is a logo-syllabic script, is due to the British architect Michael Ventris. Based on the study of sign frequencies and alternations (made possible by the work of Emmett Bennett), Ventris gradually developed a phonetic grid, until, in his last work note, dated 1 June 1952, moving from some observations previously made by Alice Kober, he suggested the possibility that Linear B was used to write Greek.

NOTE 20. Are the Knossos and Pylos tablets written in Greek ?
With the publication of the Knossos tablets in Scripta Minoa volume II, and with the promise of Dr Bennett's revised Index, we are in a position to begin a detailed analysis of the whole Linear B material under its various aspects. [...] The note wich follows is in the nature of a frivolous digression, and is not intended to prejudice that analysis.

A month later, Ventris publicly announced the results of his decipherment in a BBC radio broadcast.

Shortly afterwards he came into contact with John Chadwick, an ancient Greek specialist from Cambridge, who collaborated with him to write the founding article of Mycenaean epigraphy, “Evidence for Greek Dialect in the Mycenaean Archives” (Journal of Hellenic Studies 1953) and the first reference book on Linear B, Documents in Mycenaean Greek (Cambridge 1956).

We currently possess more than 6,000 Linear B inscriptions, mostly from palatial contexts dating from the 14th-13th centuries BC. The vast majority of them are clay tablets of economic content.

The Linear B Electronic Resources (LiBER) project, launched by the Consiglio Nazionale delle Ricerche, has been conceived and developed by Maurizio Del Freo (CNR-ISPC) and Francesco Di Filippo (CNR-ISMed). The final goal of the project is to create a complete digital edition of the Linear B documents and to make it available to all scholars interested in the Mycenaean civilisation together with a new search engine for the processing of logosyllabic scripts and Web-GIS functions for the topographical representation of the documents.

Currently, the database contains all the Linear B documents from Knossos, Mycenae, Tiryns, and Midea.

The documents are reproduced from the most recent print editions and are regularly updated as new information on classifications, readings, joins, scribal hands, findspots, or chronologies becomes available.

Each document appears on screen as in its original printed layout, thus respecting both the standard transcription rules (special characters, upper and lower case, italics, superscripts, subscripts, etc.) and the spatial arrangement of the text elements of the original documents (number of spaces between signs, lacunae, etc.). Each document is provided with a transliteration, a photograph, and a critical apparatus.

The search engine allows users to filter and combine documents based on textual, palaeographic, topographic, and chronological criteria. It also supports “regular expressions”, co-occurrences and other types of queries like contiguities and associations. The resultsets of the queries are indexed according to the rules commonly used for Linear B indexes and can be viewed either as lists of documents or as findspot distributions on interactive maps.

Texts are reproduced with the kind permission of their respective authors. Their limited re-use in scholarly works is allowed according to standard academic practices. In this case, please include a reference to LiBER in the following form: Del Freo M., Di Filippo F. 2019, Linear B Electronic Resources (LiBER v.2), viewed 16 March 2021, <https://liber.cnr.it/>.

Both text encoding and search engine have been adapted to Linear B from the Progetto Sinleqiunnini, a Document Management System developed by Francesco Di Filippo, already employed for the cuneiform archives from Ebla and Emar. 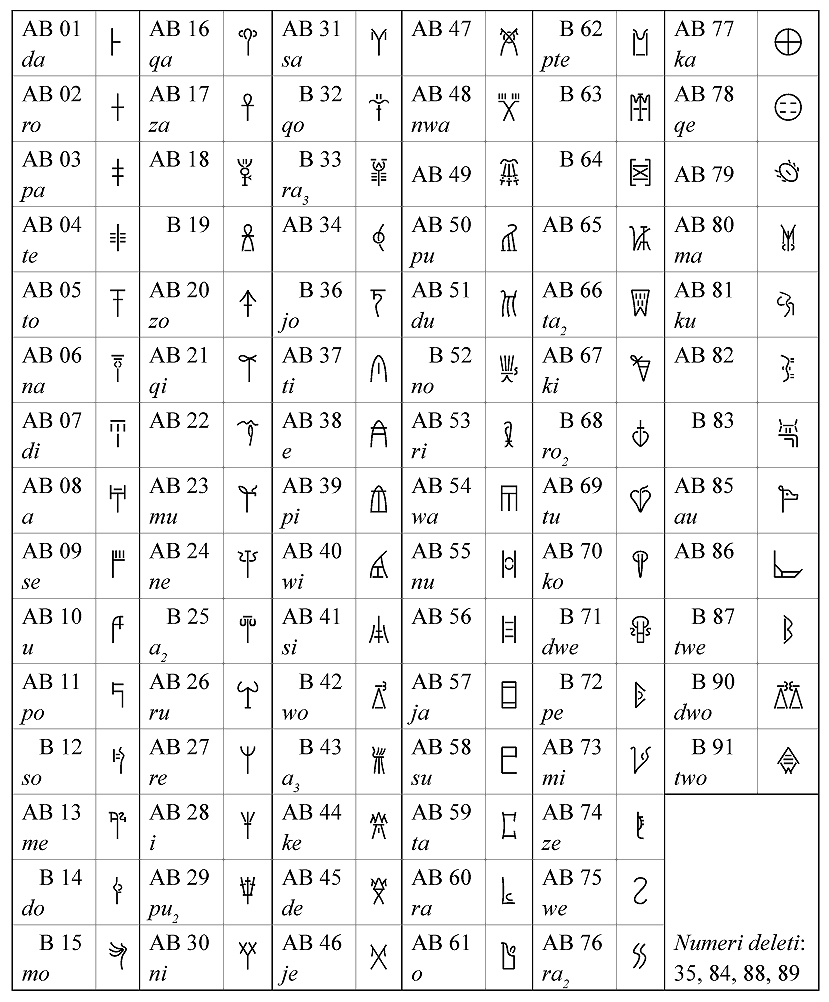 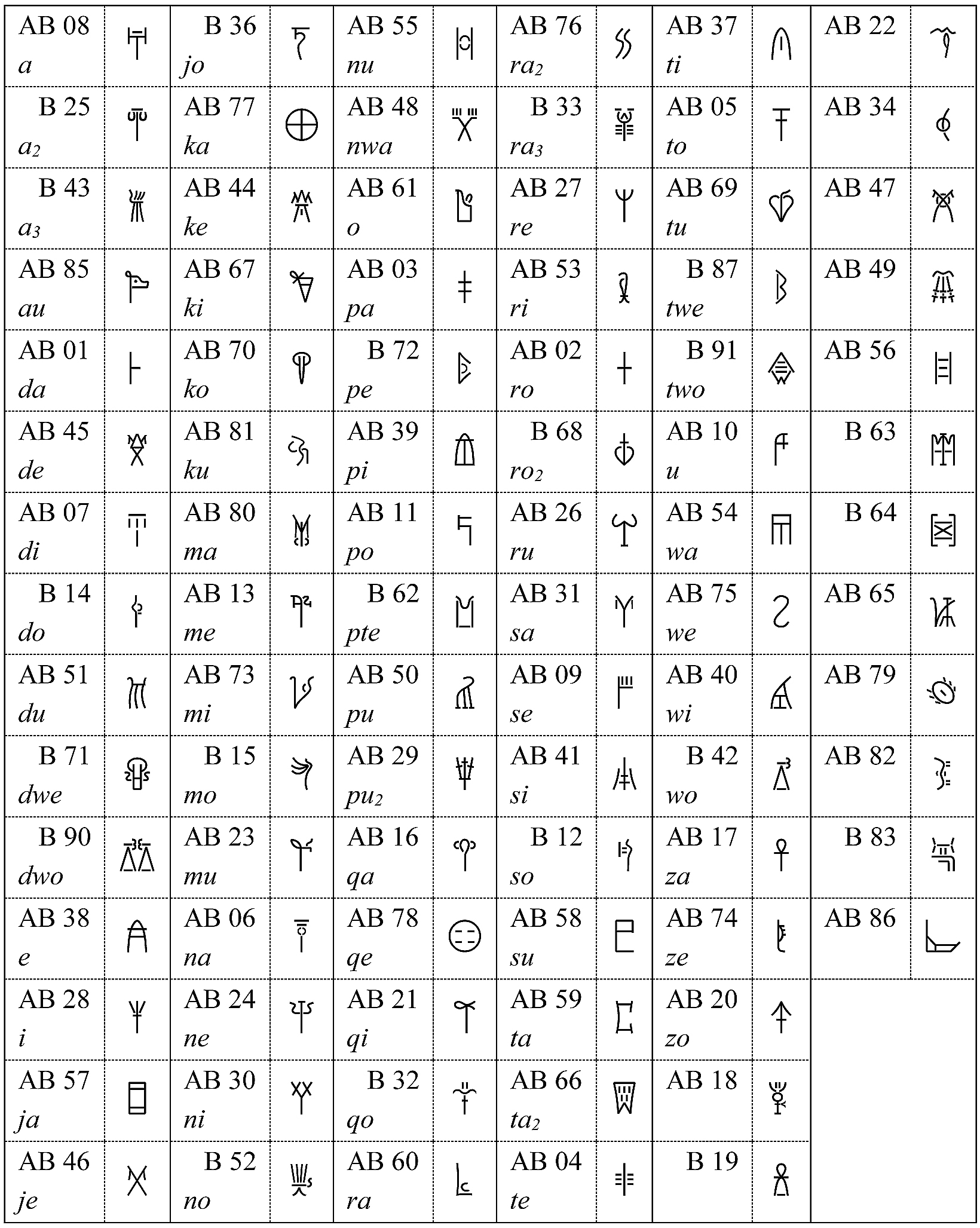